According to the report of Savills, in the second quarter of 2017, there are four new projects and the next phase of seven existing projects open for sale, providing more than 4,700 units. Total primary stock of apartments reached more than 37,200 units, down 12% quarterly and 7% year on year. 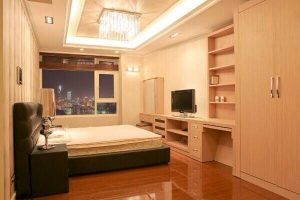 On future supply, Savills said that from the third quarter of 2017 to 2018, nearly 48,000 units are expected to enter the apartment market. It is expected that Grade C will occupy the future supply of nearly 46% market share.

For serviced apartments, three Grade C projects in District 3 and Tan Binh District have provided 121 additional apartments to enter the market. Total supply of apartments reached 4,800 units, up 3% quarterly and 4% year on year.

Average power consumption rose 5 percentage points year-over-year but down 2 percentage points quarter-on-quarter to 85%. The vacant flats in Grade A and C-Grade apartments are the main causes for reduced capacity. Average rents stabilized quarterly, but increased by 2% year on year.

Savills reports that from the third quarter of 2017 to 2019, the serviced apartment market will add 1,900 units in the CBD, accounting for 52% of the total supply. In half a year after 2017, the market will receive a major race with new supplies mostly Grade A and Grade B.

Galaxy 9 – Utilities and Superiority
The Sunrise City – The right choice for your family
Hello!
Get Upto 50% OFF - Rental Apartment
Leave your information below,
we will send discounting apartments listing to you.